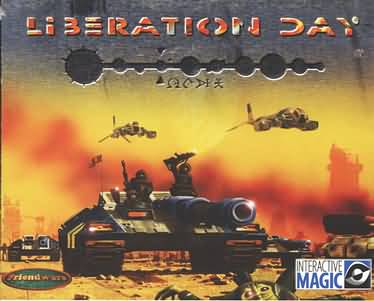 The greatest military force ever assembled is at your command..

Your objective: to liberate planet Nu Haven and prevent the impending invasion of Earth.

On August 12th, 2312, contact was lost with the planet Nu Haven. The colony has fallen into enemy hands, and when the survivors began to arrive back on Earth, no one believed the horror they described.

Now we're sending you in - just in case we're next.

The enemy is merciless. They have superior weaponry, they have allies with supernatural powers, and you're heavily outnumbered. You have just one small advantage: they're not expecting you...

Your objective: land a small force undetected on the planet's surface. Build a defensive perimeter and manufacturing centers, then find the resources you'll need to construct high tech troops, heavy tanks, fighters and bombers, dreadnoughts and submarines - a total of 28 advanced units to take into battle with you. You'll need every one of them to survive what awaits you on Nu Haven, and to liberate the planet from its alien captors.