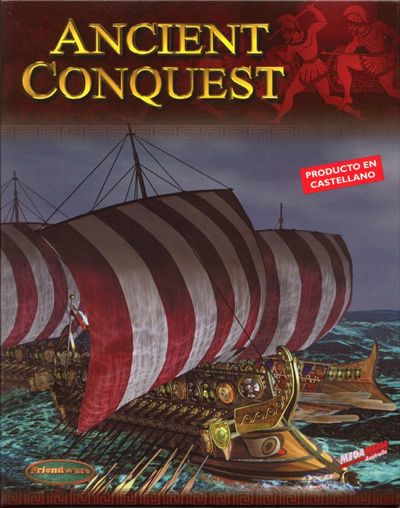 Ancient Conquest: Quest for the Golden Fleece is a real-time naval strategy game set in mythical times. The game title is inspired by the ancient Greek myth of Jason and the Argonauts who attempted to retrieve the legendary Golden Fleece. The objective of the game is to acquire the Golden Fleece. To reach the objective, player(s) have to build their navy, starting with the legendary ship Argo, earn money, use the power of highly skilled heroes while exploring natural resources such as amber and fish, while command of the fleets of Greece or Persia and defeat opponents on the high seas and land. The game also features heroes such as Hercules, Jason, Odysseus, and Perseus.

While playing the game, fulfilling 14 heroic missions, players will have to fight against monsters (harpies, medusas, cyclops, the Minotaur, and dragons), various sea creatures (sharks, crocodiles, sea-serpents), spiteful wizards, survive natural disasters, as well as the mighty Persians and Barbarians. To defeat enemies, the player will need to learn and employ an ancient magic and also upgrade fleets and weaponry.

The player may play through a campaign and stand-alone scenarios. It is also possible to design scenarios. Up to 7 opponents are supported in the multiplayer mode of the game. A player can connect through a LAN (Local Area Network), the Internet, a modem connection, or a serial connection using a null modem cable. The game employs 2D graphics and animation.