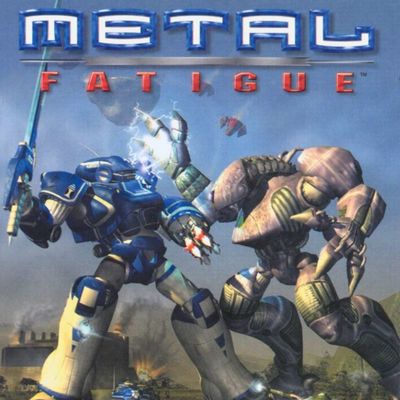 When mankind discovered faster-than-light travel in the 23rd century, an excursion into the depth of the galaxy revealed the existence of a power-hungry alien race known as Hedoth. However, upon arrival at the aliens' homeland, humans found out that the Hedoth have mysteriously disappeared, leaving behind debris of destruction and advanced military technology. Realizing that they are alone in the universe, human corporations begin a frenzied race for dominance, using the war machines left by the aliens.

Metal Fatigue is a real-time strategy game that allows players to build and customize their massive mecha-like combat units (called "Combots" in the game) to dominate the three battlefield levels simultaneously - from orbit, to the surface, and even underground. Players can develop bases and command their forces carefully - the enemy can appear from any direction, including above and below.

Develop your base and command your forces carefully - the enemy can appear from any direction, including above and below!

Choose from three warring factions - The Milagro, Neuropa or Rimtech are competing CorpoNations, each with their own technologies and research capabilities. Capitalize on their individual strengths and weaknesses for the optimum strategic advantage!