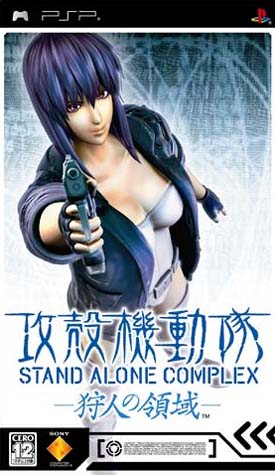 Based on the critically-acclaimed anime series by the renowned manga artist and writer Masamune Shirow, this sci-fi first-person shooter offers wireless multiplayer action for up to four-players, including heated cooperative and competitive modes. Cutting edge technology is one of the main themes in the Ghost in the Shell series. In the futuristic world of Ghost in the Shell: Stand Alone Complex crime knows no limits and you can face off against cyber-criminals as members of Section 9, an elite group of secret intelligence operatives tasked to keep technological terrorists at bay. Use Major Motoko Kusanagi's agility, her partner Batou's strength, the rookie Togusa's stealth, or Saito's sniper skills to unravel the mysteries of Berutarube. Hack into enemies or surveillance systems to break down the terrorist cells.