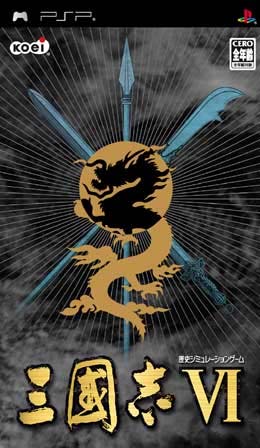 Hot on the heels of the PSP release of Sangokushi V (a.k.a. Romance of the Three Kingdoms V) comes this PSP port of Sangokushi VI! Also known as Romance of the Three Kingdoms VI, Sangokushi VI originally appeared on the Playstation One, and is a shining example of the turn-based strategy formula. Players select from one of the three legendary armies - Shu, Wu, and Wei - and use a variety of means to conquer neighboring territories, with the ultimate goal of uniting all of China. Those looking for battle action can simply assault their foes with massive armies, but developer Koei provides some sneakier methods. Players can cut off the enemy supply chain, undermine their reputation, incite revolts, and even attempt an assassination. Sangokushi VI promises to run smoother on the PSP, with shorter load times, and numerous graphical tweaks that take advantage of the system's 16:9 widescreen display. In addition, Koei is adding wireless multiplayer support for up to 8 players.