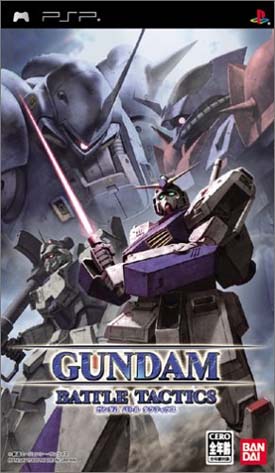 Gundam fans get their wish with Gundam Tactics for the PSP! Not only does this game provide fans with an original Gundam game set during the One Year War, but it's also an action game with plenty of mech-busting action! Players can pilot either the Federation Mobile Suits - including the all-important RX78-2 - or a fleet of Zeon mechs in story missions based on events of the One Year War. Progressing in the game unlocks newer Mobile Suits, plus older missions for a Free Play mode. As is required by any PSP game nowadays, there's a multiplayer mode allowing players to link up via the PSP's built-in wireless connectivity. Team up with a friend in 2-on-2 action, or go for a game of last mech standing!