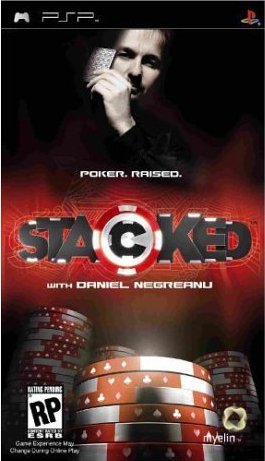 Stacked with Daniel Negreanu is a poker video game released in September 2006 featuring the titular professional championship player, Daniel Negreanu. Other pros also make an appearance, including Evelyn Ng, Juan Carlos Mortensen, and Erick Lindgren. The game's style of poker is Texas hold'em, which is the style that made Negreanu famous through the World Series of Poker.