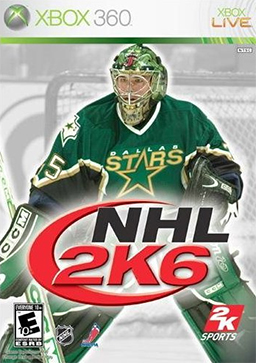 ProControl - Play like the pros with our revolutionary icon-based passing system. All-new combo passing and shooting controls let you queue up give-and-go attacks, tic-tac-toe passing, puck cycling, behind the net plays and more. PureMotion Animations - Hundreds of new NHL-caliber animations to feast your eyes on including spectacular saves in goal by Marty Turco. On-The-Fly Coaching - Play your style of hockey at both ends of the ice by calling team strategy during the action. Crash the net, screen the goalie and pinch defensemen on offense. Then, counter the attack by clearing the crease, clearing the zone, or setting up a break out for an offensive rush. Enforcer System - Throw opponents off their game by bringing out your checking line. Now, bigger and more aggressive players weigh into the outcome of a game as much as your leading goal scorers, as physical play will lower opponents’ performance ratings. Maximum Goaltending - Take matters into your own hands by utilizing your right analog stick to make quick, intuitive saves when it counts the most.